Let's look at "The Power of Belief".   In Matthew 8:5, the bible reads "And when Jesus was entered into Capernaum, there came unto him a centurion, beseeching him, (v6) And saying, Lord, my servant lieth at home sick of the palsy, grievously tormented. (v7) And Jesus saith unto him, I will come and heal him. (v8) The centurion answered and said, Lord, I am not worthy that thou shouldest come under my roof: but speak the word only, and my servant shall be healed.

Belief a very powerful force that every human possesses.

You see, Faith is substance and Belief is a prescription.

The Centurian was a human being and he possessed the power of belief.

He was able to be fulfilled because he had a prescription and Jesus said, "Be it unto you according as it has been prescribed.

Faith is substance and belief is prescription.

"For I am a man under authority, having soldiers under me: and I say to this man, Go, and he goeth; and to another, Come, and he cometh; and to my servant, Do this, and he doeth it." (v10) "When Jesus heard it, he marveled, and said to them that followed, Verily I say unto you, I have not found so great faith, no, not in Israel."

The Centurion had a prescription and his faith-filled it. Why could faith fill the prescription?  Because it is the substance. The result is fulfillment.

Belief is a prescription.

Whether you are black, white, brown, or red, rich, poor indebted or free, male, female, child or adult, as long as you are human you possess a powerful force.  It is called Belief.

Posted by Kingdom Forecast with Dr. James D. Treadwell,Jr. at 2:53 PM No comments:

The Law of AFG

There is a law in the Kingdom of God that I want you to be aware of. This law is called “AFG”. The law of "AFG" is available for every believer. Once convergence takes place you will get such extreme results, that only God gets the glory. The law of “AFG” is comprised of Attitude, Faith, and Grace. When The Law of AFG is in operation the result is fulfillment.

Having a great attitude is paramount. Not just for popularity, status,  and likability, but altitude. Your attitude determines your altitude. And it is indicative of how high you can go, how long you can go, and how far you can go.

"F" stands for "Faith". Your faith is substance. With faith, you have substance of the invisible and substance for the impossible.

"G" stands for "Grace" and we are all familiar with “God’s unmerited favor”. We have danced around and praised, being so happy about being favored that we didn’t deserve, and mercy that we didn’t deserve. But now, look forward, there is a door. This is a door you must go through. It is the door of divine enablement. Yes, grace defined is also divine enablement. Go through that door.

[10] Today I am who I am because of God's grace, and I have made sure that the grace He offered me has not been wasted. I have worked harder, longer, and smarter than all the rest; but I realize it is not me-it is God's grace with me that has made the difference.

Posted by Kingdom Forecast with Dr. James D. Treadwell,Jr. at 2:18 PM No comments:

Where Does Your Faith Stand?

Consider the scripture found in 1 Co. 2:4&5, " And my speech and my preaching was not with enticing words of man’s wisdom but in the demonstration of the Spirit and of power: That your faith should not stand in the wisdom of men but in the power of God.

There's a whole lot of knowledge "flying" around these days. There are scientific reports, governmental reports, reports from organizations, and communities, all of which are being presented powerfully and persuasive as wisdom. However, when the reports are given, who's report will you believe?

There is wisdom that comes from a lot of the reports that we may encounter, but what kind of wisdom is it? Consider James 3:17, which says, "But the wisdom that is from above is first pure, then peaceable, gentle, and easy to be intreated, full of mercy and good fruits, without partiality, and without hypocrisy."

Posted by Kingdom Forecast with Dr. James D. Treadwell,Jr. at 4:44 PM No comments:

Email ThisBlogThis!Share to TwitterShare to FacebookShare to Pinterest
Labels: faith, power of God

Who is the Church in the Midst of All This?

The Church is made up of many members and we are one body; The ecclesia, the called-out ones. We are disciples of Christ.  In the midst of this, we have an identity that can be seen.

We are "wisdom", but not as the world speaks of the wise, and those who are considered to possess wisdom. Consider  James 3:15-18 KJV, which says, "...But the wisdom that is from above is first pure, then peaceable, gentle, and easy to be intreated, full of mercy and good fruits, without partiality, and without hypocrisy. And the fruit of righteousness is sown in peace of them that make peace."

Next, we are "peacemakers". A peacemaker is different from a peacekeeper. We are equipped to make peace because we carry the prince of peace, Jesus. (Is. 9:6) Consider Matthew 5:9 KJV, which says, "Blessed are the peacemakers: for they shall be called the children of God."

We are "salt". Consider Matthew 5:13 KJV, which says,  "Ye are the salt of the earth: but if the salt have lost his savor, wherewith shall it be salted? it is thenceforth good for nothing, but to be cast out, and to be trodden under foot of men."

The church is also "light". Consider Matthew 5:14,16 KJV, which says, "Ye are the light of the world. A city that is set on a hill cannot be hidden. Let your light so shine before men, that they may see your good works, and glorify your Father which is in heaven."

The list above does not include all that the church is on the earth today, but it will start your journey of discovery with key descriptive words for the church.
Wisdom
Peacemaker
Salt
Light
Here's a thought to keep in mind while navigating through the challenges we're facing in life these days.  There was civil unrest at the time of Jesus' reign on the earth. Disciples had just faced Jesus having been put to death. They were in the upper room.  A leader emerged after they received power from on high.
Today, we are amidst civil unrest. It comes in many forms such as: Economic and social injustice unrest, sports-related unrest, politically motivated unrest, as well as the reaction to police action unrest. That still doesn't change who we are.   The church is: Wisdom, Peacemakers, Salt and Light.
Posted by Kingdom Forecast with Dr. James D. Treadwell,Jr. at 4:21 PM No comments:

"The Shaking"
Have you been experiencing "the shaking?"  A part of the shaking was to wake us up so that we would walk in the authority that God has given us. We are a new nation, a whole new species and we have the DNA of Jesus.
For whom he did foreknow, he also did predestinate to be conformed to the image of his Son, that he might be the firstborn among many brethren.  (Romans 8:29)
Here are 5 indications of "the shaking":
1.  Corona virus pandemic
2.   Protests and Riots
3.  The Church not being considered essential
4.  Fear that has gripped the world
5. The manipulation of racial issues
Let's walk in the authority that God has given us.  We were born for "such a time as this".
Posted by Kingdom Forecast with Dr. James D. Treadwell,Jr. at 9:45 PM No comments:

Acts 2:1-4 "And when the day of Pentecost was fully come, they were all with one accord in one place.  And suddenly there came a sound from heaven as of a rushing mighty wind, and it filled all the house where they were sitting.  And there appeared unto them cloven tongues like as of fire, and it sat upon each of them. And they were all filled with the Holy Ghost, and began to speak with other tongues, as the Spirit gave them utterance."

The "day of Pentecost" was a time in history.  For us today we are receiving a move of God's Spirit in a brand new way.

There were events that led up to the Day of Pentecost and finally the time came.  Those who obeyed were found in the upper room.  They were in the right place at the right time, doing exactly what they were asked to do which was to wait.

Here are five things we can expect and look for as we move forward in Life with Christ.  For us today, Pentecost marks:

A life of fire

A life of power

A life of victory

A life of faith

The enemy may have tried to smother your fire, but you are now empowered to rise and say, "You're not putting my fire out!". Saints who are learners of Christ, we have  been made "too hot for the devil to handle."

This is a new era and a new time, and we have passed over into a life full of faith.  Our faith keeps us steady.  Our faith also keeps our reliance on Jesus.  A lot of what we've experienced more recently with Corona, like protests and rioting, was used to "shake the church and to wake the church up."  This time of quarantine and threat of sickness and death, served as a reminder that as a believer, there is a price to pay.  It costs.  It costs to trust the Lord in the midst of a global pandemic.  What does that look like?  It looks like you putting God's word above the word of the scientists.

[25] The fear of man bringeth a snare: but whoso putteth his trust in the Lord shall be safe.

You may say what is the explanation for the believers who have become sick or have fallen into horrible times?  The answer is that what you may have witnessed is described in the scripture below.

[19] Holding faith, and a good conscience; which some having put away concerning faith have made shipwreck:

As we move through Pentecost and is moving forward let us:

Hold fast to our confessions

Hold fast to our professions

Move out by Faith

Posted by Kingdom Forecast with Dr. James D. Treadwell,Jr. at 1:47 PM No comments:

During the Covid-19 2020 quarantine, many things are being revealed by God. One of them is this: The Body of Christ is "moving forward with great expectation and Holy Ghost anticipation."

Remember that all things are parallel. Consider the "principle of parallel". When something is parallel it is similar to something else but it happens in a different place or a different time. If one thing parallels with another they'll happen at the same time. There are similarities and there is a connection.

In Acts the 2nd chapter, the disciples experienced events that led up to the day of Pentecost. When the day finally came the followers of Christ were all in the place Jesus told them to go to, on one accord. Do you think they were prepared for "moving forward with great expectation and Holy Ghost anticipation?". I know they were.

We are the "head and not the tail." We are coming out on top. All things working together for our good. (Ro. 8:28)

So I ask, are you "moving forward with great expectation and Holy Ghost anticipation?" Below are five things you should align during this countdown to Pentecost.

As we go from "Passover to Pentecost" we will move forward with expectation and Holy Ghost anticipation.

Posted by Kingdom Forecast with Dr. James D. Treadwell,Jr. at 4:35 PM No comments: 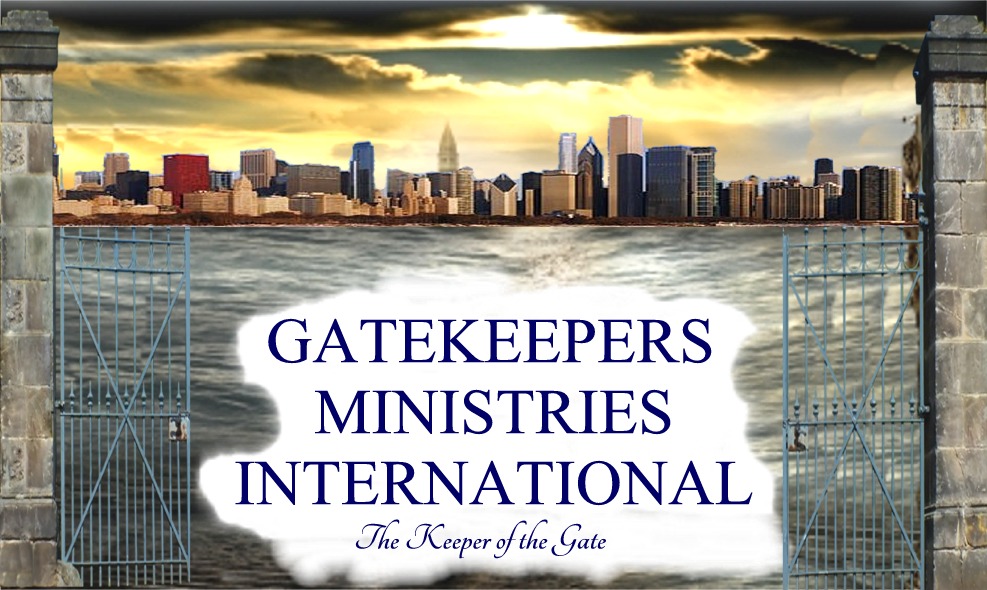 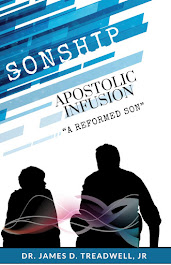